Most of us wish we could be as Badass as Byron Ballard, who can deflect bad juju with the flick of her little finger without breaking a sweat. That kind of super power comes from years of practice and dedication to her craft. Us newbies however, need a little extra help warding off the mucky energetic darts of everyday petty disagreements, bad intentions and jealous scowls. Sigh…

A recent scrape with a former friend inspired me to do a little research on how to fortify protections around my house. Lisa at the Asheville Raven & Crone was kind enough to forwarded me this article by Jason Mankey, All About the Witch Bottles, that I thought was particularly helpful because it included a ritual for creating your own Witch Bottle. If you’re not feeling all that nostalgic about the history of Cunning-craft, just skip to the end for the step by step instructions on how to create your own super powered Witch Bottle.

“In 2009 stories about witch bottles began to show up in the American and British press. I had heard of witch bottles before that, most likely in Raymond Buckland’s Complete Book of Witchcraft, but to see them being written about in the mainstream media was kind of exciting. Magic has always been a part of popular culture, and an influential one, but it often ends up on the cutting room floor of written history.

Despite the title of “witch bottle” the jars in question were generally used against witchery and witchcraft. The idea behind the bottles was to fill them up with nasty things (pins, needles, nails), add something identifying the one casting the spell (fingernails, toenails, blood), top it off with some pee and you were ready to go. The idea was to simulate the bladder of the “witch” and cause harm to that witch. Often times the bottle or urine were boiled for maximum hurt. In a 19th Century case a Londoner boiled a witch bottle over a fire and claimed to hear the voice of the witch who was tormenting him “and that she Screimed out as if she were Murdered.” (1) Most cases weren’t quite so dramatic, though people did swear by the bottle’s efficiency.

Even if witch bottles were used against alleged witches they were most certainly a common magical implement. The first documented use of a witch bottle dates back to the 17th Century, and they’ve been in use ever since. Though they don’t turn up all that often in the archeological record witch bottles were most likely common place in the United States and Britain until the start of World War One. It’s likely that over the years a great many unearthed witch bottles were simply mistaken for trash and ignored or discarded. Sometimes people just don’t know what they are looking at.

In addition to using witch bottles against specific threats they were also used to protect the homestead. Bottles of nails, urine, and other materials were often buried under the hearth, porch, or front door. There the bottles would quietly go about their work, protecting all of the inhabitants inside against negativity and dark magicks. In the United States the practice of using witch bottles was adopted by a diverse range of magical practitioners. By the 19th Century the bottles were being used in conjure and hoodoo. When something works people adopt it, no matter its origins.”

Taking my inspiration from Mankey’s article, I followed the ritual below to make my own bottle. It isn’t directed at any specific person because I’m only using it as a safeguard to ward off any intentional or unintentional negative intention towards us from hitting it’s mark. So even though my Witch Bottle is strictly defensive, the chants still have enough of an “I’ll shred you bitch” feel them to do the job well. It’s a good reminder that Cunning-craft isn’t all sunshine and rainbows, neither is Witchcraft.

To make your own Witch Bottle you’ll need either a jar or a bottle. I used a Mason jar for mine but you can use a spaghetti sauce jar, spice jar or a wine bottle; whatever you want. Just keep in mind that the narrower the opening of the bottle the more difficult it’ll be to put some of the items into it. Then follow these five easy steps. You can add or subtract some of the items depending on what is available and what your bottle is being used to for.

Step One: Items to pierce and cut.
Materials: Bits of broken glass, staples, nails, screws, pins, razor blades, bottle-caps (the rustier the better for all of these)

When I was creating my bottle I envisioned all of these nasty little things cutting and slicing up any negative energy that tried to make its way to my front door. Often times people will use a specific number of pins, nails, etc., because it has a magical meaning for them. (In the 19th Century the number 9 is used often, but don’t let tradition dictate what you do, go with your gut instinct!) I stuffed an entire broken drinking glass into my jar and chose the rest of the items in groups of threes (3, 6, 9, etc.). Go with whatever “feels right” to you.

After you have picked out all of pointy objects and deposited into your container, hold your jar and recite the following chant:

Repeat this chant 6 times while picturing those ill intentions or nasty glares being pricked, stabbed, cut, or torn up by the sharp items inside your jar.

If you don’t think “shredding” the yuck will be enough, you can add the sting of a burn. Since it would be hard to stuff an ever-burning flame into a bottle hot peppers there are easy alternatives to use. I used crushed red jalapeno pepper flakes for my ritual. I also added some salt and vinegar, making anyone who would wish me harm eternally thirsty, or at least a bad case of cotton mouth if they even think about it!!

After all tasty burns have been added to your jar recite the following chant while focusing on the intent of your ingredients.

Blister, thirst, and burn
To this spell we turn
Taste failure taste despair
So says this witches prayer

Step Three: Silver dimes for deflection
Materials: Shiny dime coins (10 cent pieces for those of you outside of the US and Canada)

Mankey stated in his article that in the South (and then some) dimes were used to repel negative spells. People used to wear charms made out of dimes around their ankles because they were once made out of silver. Adding dimes to your witch bottle will give it that Wonder Woman zing to help repel any negative energy that’s trying to eat you for breakfast. When I added the dimes to my jar, I pictured any negativity directed my way being sliced and burned by my ingredients and then deflected off of the dimes like Wonder Woman’s magic cuffs. (Kapow! It’s as close to my aspiration to be like Byron Ballard as I can get.)

When you add the dimes to your jar, I’d suggest you visualize whatever your favorite Badass deflective super hero power is and own it. Recite this verse as you are doing it.

Before the spell is complete the owner of the bottle has to make it theirs. Urine was a very common ingredient a few centuries ago, with toenails and fingernails coming in a close second. (In my bottle I used a finger nail clippings, menstrual blood and lots of fresh morning urine.) The important thing to remember here is to make sure your bottle and its contents know who to keep safe from harm. The easiest way to do this is with something directly from your body. If the idea of nails, spit, and blood is too gross to think about, just write your name on a piece of paper and add it to the jar. Do keep in mind that names have power, so you might be taking a risk if someone finds it.

Before finishing up this step be sure to top of your bottle if it needs a little extra liquid. In addition to vinegar or wine, you can also used salt water… believe me… nothing drives away negativity better than salt!

I give this bottle a bit of me
From evil and darkness free
Witch bottle I have conjured thee
The spell is now cast so mote it be!

The easiest “seal” is to simply tie a ribbon around the bottle somewhere. A wax seal would be bit more involved. Duct tape, my favorite go to, will work here too. The whole point of a Witch Bottle is that it can be made out of easily available ingredients in the home. Nothing is right or wrong so you can always opt to not seal it with something else or not at all.

Recited this chant while you are sealing your jar:

I seal this bottle whole and well
Now I finish this witch’s spell!

Ok, so my shovel is my most favorite tool of all. I would use it as a wand if I could! When your Witch Bottle is ready all you have left to do is bury it. It’s best to bury it as close to the entrance of your home as you can, or if you are really ambitious, under your fireplace. Not sure how the heck you would do this, but Mankey suggested it. My jar ended up right under my threshold. Nothing is getting in without crossing past it.

As I was tossing dirt over my jelly-jar Witch Bottle, I happily recited the following words:

I bury this bottle deep in the ground
Now this witch (& her kin) shall sleep safe and sound!

Wow did that feel good!

People have favorite ingredients that they like to use. Four Thieves Oil, graveyard dirt and coffin nails are just a few common additions. I found all the ingredients for my Witch Bottle at the Asheville Raven & Crone. Just let your intuition be your guide and go with your gut! If you’re not sure, one of the folks there will be more than happy to help you find the right combination of ingredients for your jar. 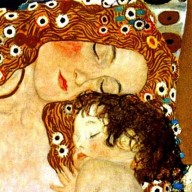